As Tofaş Akademi, we aim to offer the most applicable solution for the most suitable group in our learning and development activities. While we serve some of our solutions with our internal resources, we provide services in some of them by working with the most full-fledged instructors, counsellors or experts.

To be prepared for the future competencies included in the Innovation Manifesto that will lead TOFAŞ into the future; this need supported by the work strategy with the most full-fledged experts in these competencies made us form an in-house Networking frame.

With the consultancy we received from Ertuğrul Belen in Business Networking, a networking frame was created exclusively for TOFAŞ. –This framework reveals as a bases in which steps Business Networking should be carried out within TOFAŞ.-Right after this, the importance of in-house networking was emphasized by giving awareness instructions.

As TOFAŞ Akademi, we also decided to make our contact network visible and accessible in the fields of instructor, counsellor and expert; to update; to gather in a common database in order to expand it more.

Following MVP study that had become successful, our product was evolved into a one of a kind Business Networking Software far beyond only a database.

In our Networking Platform which was produced iteratively with agile methodology and started to increase in value as of its 2. Week, the power of gamification was used in order to support promotion.

Networking Platform which +1000 contacts were added in a short time and the winners were awarded with a competition forges ahead in being an in-house software and contributing the future journey of TOFAŞ by carrying the effective network within TOFAŞ to the outside of the Academy. 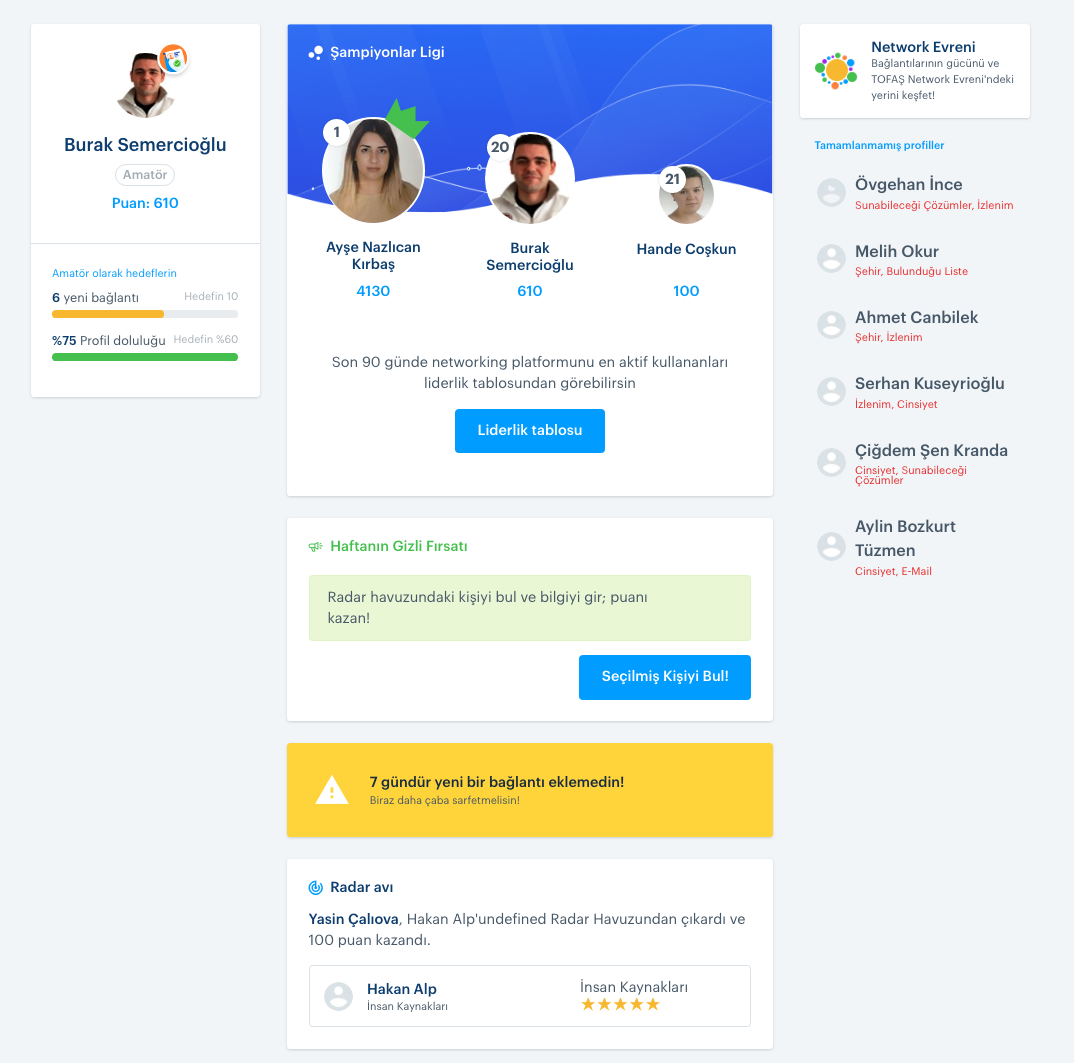 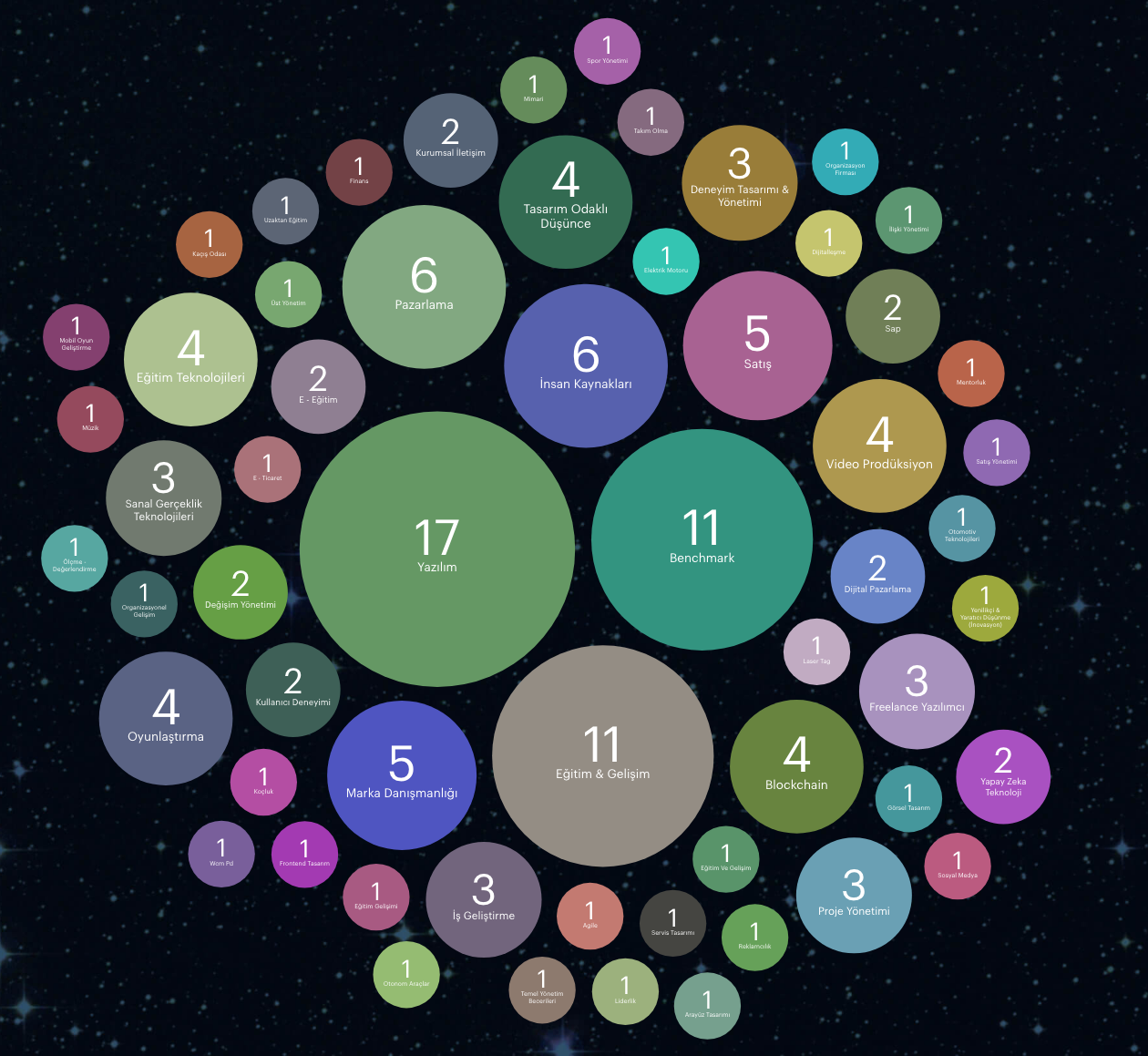